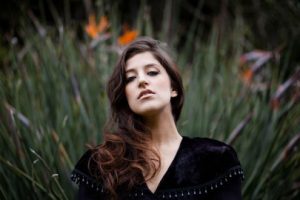 In a liberal world, women succeed and, while they’re at it, greatly impact the industries that they are in. The radio industry in Australia is no exception, and has seen some phenomenal women over the years.

In this post, we look at some of the top Australian female radio personalities who have distinguished themselves in recent years.

She is one of the few women to have continued to achieve new milestones on radio, although she wasn’t originally trained as a journalist.

Sophia uses her influence on the radio to champion the inclusion of women in matters of social significance. For women looking to make an entry into radio, Sophia has been an inspiration.

Nadia started out on TV before making her transition to radio. A trained journalist, her rise to fame was influenced by her fearless reporting and commentary on Australian politics.

Nadia currently hosts the ‘Breakfast’ program on ABC Radio Perth, and continues to be a role model for women looking to enter the field of political reporting.

Aside from her work as a radio presenter, Nadia is also a member of Australia’s Awesome Arts Board. Through this organisation, she contributes to the advancement of the arts in Australia.

Kathryn is a multi-skilled journalist who works as a TV and radio presenter. She is most famous for the work she did as a financial reporter for a number of media houses.

Kathryn continues to thrive in journalism, a field in which there are still relatively few women.

An excellent reporter with a knack for detail, Kathryn has received considerable praise for her exemplary analysis of the finance industry.

Kathryn’s trailblazing work in journalism has inspired a number of women to enter the field.