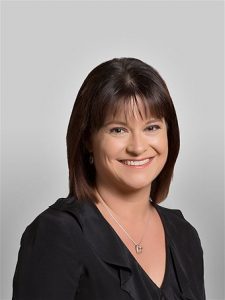 The Australian airwaves have been home to a number of remarkable radio presenters through the years. While the industry continues to churn out loads of amazing talent, there are several people who stand out from the rest.

In this post, we look at some of the top Australian radio personalities who have risen to prominence in recent decades.

One of Australia’s most ground-breaking female radio presenters, Nadia originally started out in television.

An accomplished journalist, she became famous nationwide as a result of her commentary and reporting on political issues.

Currently, Nadia works as a co-presenter on the morning ‘Breakfast’ program broadcast by ABC Radio Perth.

The late John Blades rose to fame as a radio presenter and documentary maker. Previously, Blades had worked as a civil engineer, which had been his major in college.

Eventually, he became one of the most influential radio personalities in Australia due to his dedicated radio presenting.

Blades became a champion of social equality after developing multiple sclerosis, which confined him to a wheelchair in 1993.

His documentary, ‘The Too Hard Basket,’ earned him the Walkley Award for Social Equity Journalism.

Comedian, entertainer, and radio personality Jamie Dunn is most famous for the work he did as a puppeteer on the popular children’s television program Agro’s Cartoon Connection.

Like many other presenters, Jamie eventually made the transition from television to radio, landing a job as co-presenter on the B105 Morning Crew. Jamie excelled in radio while still doing his comedy and puppeteering work on television.

He is also known for his devotion to charity work, by which he raised money for the Royal Children’s Hospital so the hospital could purchase vital equipment.

Jamie has also earned accolades for the conservation work he has done through Australia’s Wildlife Warriors organisation.